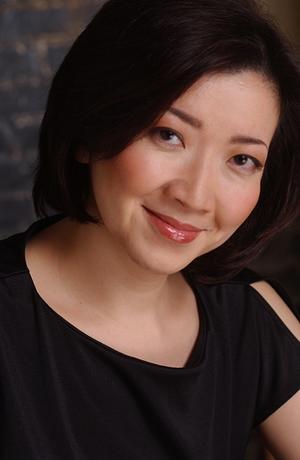 Mezzo-soprano Sahoko Sato Timpone made her Carnegie Hall debut in Mendelssohn’s Midsummer Night’s Dream with the Academy of St. Martin in the Fields conducted by Sir Neville Marriner and narrated by Christopher Plummer, and has since appeared in opera and concerts throughout North America, Asia and Europe.

Her 2019/20 season includes soloist in Mozart Requiem and Mahler Rückert Lieder in Tallahassee, Florida and recitals in Japan and Europe.

During 2018/19 season, she will appear as soloist in Verdi's Requiem with Music Worchester, returns to St. Petersburg Opera as Suzuki in Madama Butterfly and will be performing and teaching at the Lunigiana International Festival in Tusany, Italy.

2017/2018 season included her debut with St. Petersburg Opera as Marthe in Faust, as Alto Soloist in Verdi’s Messa di Requiem with Battenkill Chorale and as guest soloist with Queensboro Symphony at the United Nations. She was also a guest artist and faculty member at the Alion Baltic International Music Festival in Tallinn, Estonia.

She returned to the Opera Camerata of Washington as Zita in Gianni Schicchi during the 2016/2017 season and performed in a chamber music recital titled ‘Songs of the Jewish Enlightenment’ at the American Musicological Society Conference in Vancouver. She also appeared as soloist in Beethoven’s Choral Fantasy with the Queensboro Symphony Orchestra, the New York premiere of Carlisle Floyd’s new opera, Prince of Players with the Little Opera Theatre of New York, Schumann’s Spanisches Liederspiel at the New York City Bar Association and as soloist in Beethoven’s Ninth Symphony with the Canadian Chamber Orchestra of New York City.

During the 2015/2016 season, she made her Off-Broadway debut to critical acclaim as Ms. Sun-Yi Nam in ¡Figaro 90210! (Marcellina in Le nozze di Figaro) and as Mercédès in Carmen with Opera Maine (former PORTopera). Her concert appearances included collaboration with pianist Thomas Grubb for the Art Song Preservation Society of New York.

Her previous engagements in the United States included Suzuki in Madama Butterfly with Syracuse Opera, Nevada Opera Theater, New Rochelle Opera and Opera Camerata of Washington, Cherubino in Le nozze di Figaro with Syracuse Opera and West Virginia Symphony, Dorabella in Cosi fan tutte with Baltimore Opera, Miss Todd in The old maid and the thief with Berkshire Opera, Pitti-Sing in Mikado, Maddalena in Rigoletto and Hansel in Hansel and Gretel with Chautauqua Opera and Lucretia in The Rape of Lucretia at Le Poisson Rouge in New York City.

As a concert soloist, she appeared with Seattle Symphony, Oregon Symphony and Chautauqua Symphony, sang in Verdi’s Messa di Requiem with the New York Choral Society and with the New York Symphonic Ensemble she has performed at Lincoln Center’s Alice Tully Hall, the United Nations and Carnegie Hall.

She has often been invited to her native Japan to perform under Seiji Ozawa. She made her debut with Tokyo Opera Nomori in Elektra, performed  Cherubino at the Saito Kinen Festival, Orlofsky in Die Fledermaus with the Seiji Ozawa Ongaku-juku Opera and participated in their China – Japan tour. Other appearances in Japan included guest soloist with Sapporo Symphony and as Komponist in Ariadne auf Naxos with Der Verein Japanisch-Deutscher Musikfreunde at the New National Theater in Tokyo. Additionally, Sahoko performed with the Singapore Symphony in Handel’s Messiah and the world premiere of The Other Wise Man by Stefania De Kennessey. She returned to Southeast Asia in 2004 and 2006 to teach masterclasses and to perform solo recitals and Baba in The Medium in Bangkok, Thailand.

She is also an active recitalist, with recent appearances at the Weill Recital Hall at Carnegie, Steinway Hall and the Munson Williams Proctor Art Institute in Utica, NY. As the winner of First Miguel Zanetti International Spanish Song Competition in 2008, she presented a solo recital of Andalusian music in Granada, Spain.

A native of Tokyo who grew up in Germany and the United States, Sahoko is a graduate of Manhattan School of Music and the New England Conservatory. She received her Doctor of Musical Arts degree in performance from Rutgers University where she received Irene Alm Memorial Prize. She is also the recipient of the Nomura Cultural Foundation Grant, the Mary Wolfman Award at the NATS Competition in Boston and the Studio Artist Award from Chautauqua Opera. She currently serves as Assistant Professor of Voice at Florida State University.

She will release her first solo CD titled ‘Japonisme’ later this year, consisting of early twentieth century art songs by Japanese and Western composers influenced by the Japonisme movement.